A World Team is a creative and effective way to support others. It functions like a sports fantasy team. You decide who is on your team. Each day of the week corresponds to a different unreached people group. 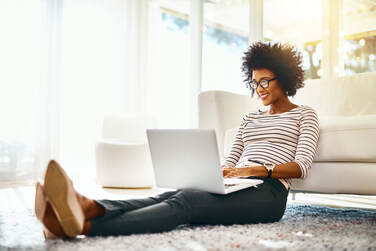 Contact a mission agency to begin partnerships. Sometimes the best partnership is with an individual worker (missionary), sometimes it's with a sending agency. The later is especially true if the agency mobilizes people to areas of the world where it is not wise to disclose their exact location or identity. If partnering with individual workers, do so with Americans as well as national workers. National (indigenous) workers serve in their own country. They don't have to overcome the obstacles of culture, language, diet and climate. These are often the hardest obstacles for American workers serving overseas.
​Inform the mission agency of your desire to partner with the agency as a whole, or workers serving among unreached people. It may be a new concept for them, so be prepared to describe it.

Explain that you want to be added to the mailing list of a worker serving among a specific unreached people (Tribal, Hindu, Unreligious, Muslim, Buddhist). Try to partner with Americans working overseas as well as nationals serving in their own countries. It is a good idea to balance your team by having some of each. Attempt to match up with those whom you have an affinity: same gender, age, marital status, and so on. Families have a great time partnering with workers with same-aged children. Ask to be linked with people who communicate well, and often. Realize the mission agency will not forward the worker's contact information to you, but will forward yours to them. You will also need to abide by the security guidelines included in each communique you receive. Usually, this means not forwarding, sharing or reproducing the material.  ​