We're asking God for 10 multiplying Discovery Groups in each of ten quadrants in Modesto, by 2030. We invite you to join us by adopting a quadrant. 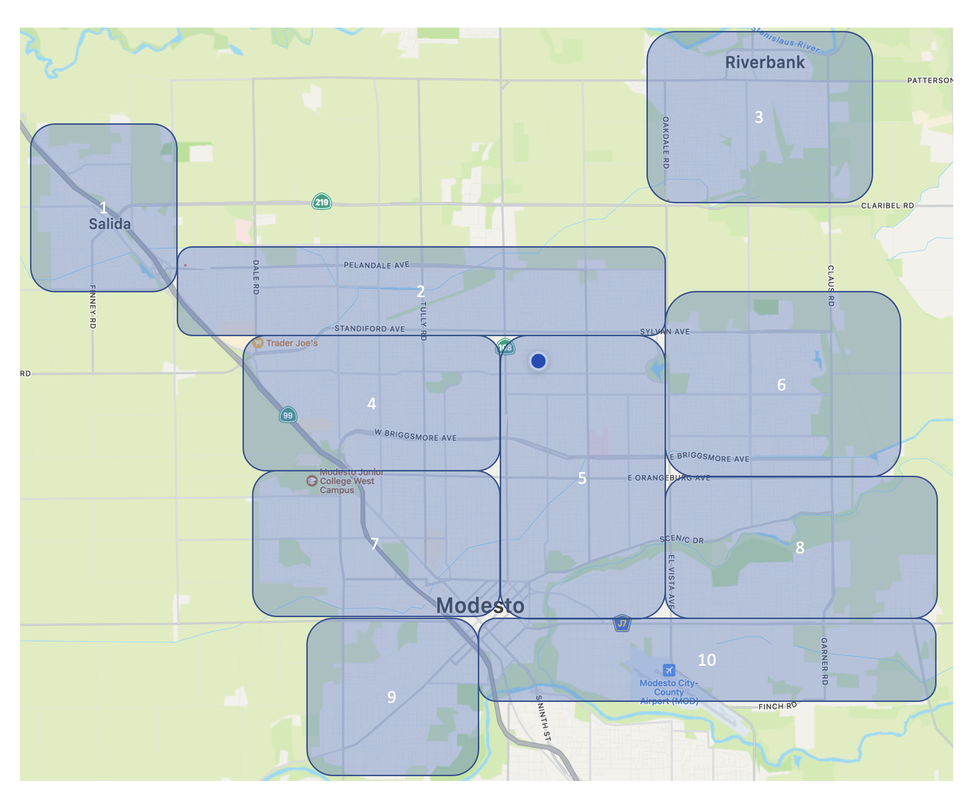 The "10/10 vision" is part of a larger vision first shared by author Chris Galanos: "Our vision is to see tens of thousands of bi-vocational American people leading DMMs that produce over 1 million disciples in West Texas by September 2027. That’s within a 10 year span of launching our first DMM churches in September of 2017. After seeing our dream for 1 million disciples within ten years we aspire to see 200 million Americans become disciples in the next 20 years (2037). From there we would long to see American missionaries moving among every unreached people group on this planet."