Basic information defines global disciple-making. It is designed to educate. It is not individual action points. The emphasis is knowing, not doing. The next phase, Global Action Steps, requires doing. Read over the bold print and determine if you need to read the fine print.

Author Jason Mandryk states, "Peoples — or ethne in the NT Greek— are the fundamental units in God's plan for the redemption of all humanity; this is a non-negotiable biblical reality."
Generally speaking people groups can be defined by two terms: understanding and acceptance. The key factor in understanding is language. It is not uncommon for people groups in close proximity to each other to speak such totally different languages that they are unable to understand each other. What is understood by those inside a given people group is unintelligible babble to those outside the people group. A different language is spoken every 100 kilometers (64 miles) in India.

Acceptance of one people group by another is influenced by many factors. They include: culture (which is often defined as a group of people having the same answer to the question, "What is true?"), worldview, religious belief, and social practices. Other factors include unresolved conflict, ingrained prejudice and overt fear. The caste system of India is an example of ingrained prejudice. 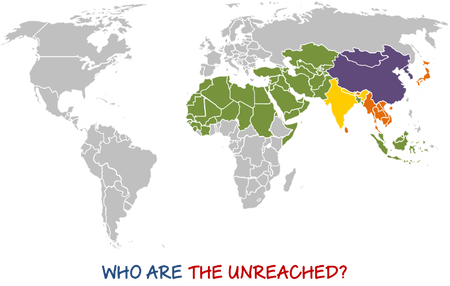 God has always been engaged in redeeming the lost by the work of One person (Jesus) through the witness of one people (the redeemed). The nature of the gospel is relational. Therefore, it’s most effectively spread and best understood person to person. Redeemed to unredeemed; reached to unreached.

​Since the purpose of the church is to evangelize the unevangelized, it just makes sense that the church should do everything possible to get the gospel to those who need it most, as urgently as possible.

​Every program, policy, procedure, practice, and plan should be aligned with this one supreme and urgent mission. Unreached people are the end game of every local church.
Often, the journey of sharing the gospel with those who need it most includes difficulties and hardships. When this is the case, it is necessary to continually answer this question, “Is the gospel worth this?” How a person answers this question ultimately determines if they keep moving forward.

It is just as shocking to discover how disproportionately the church is allocating its resources. Only three percent of missionaries from North America serve among the unreached. Only one percent of the money given by churches to missions goes towards getting the gospel to unreached peoples.

The Church is in the export business. It exports one product; the gospel. Since the job of the Church is to get the gospel to those who need it most, it just makes sense that the unreached should be the urgent priority. ​
Additional resources​ 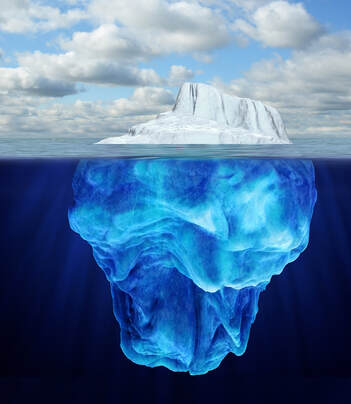 SOGY stands for Support Others or Go Yourself. Everyone should become SOGY. Supporting others is essential. On average, for every two people who go to share the gospel among unreached peoples, eight stay behind and support. Eighty percent of all mission teams stay behind. Think of an iceberg. It takes 80 percent of an iceberg located underwater to support the 20 percent you see. Without prayer and financial support, workers would have to abandon their work and leave the field. One creative way to support others is by forming a World Team. Going can be done by contacting a mission agency listed on the Traveling Team list.

Starting Points about Supporting Others

Nationals are also called indigenous workers. They serve in their own homelands. They are especially strategic to support because they already have citizenship and are acclimated to the culture (language, diet, climate, etc.). These are the hardest things for an expatriate (Americans serving overseas) to adjust to. It is wisest to financially support nationals through a recoginzied sending agency. 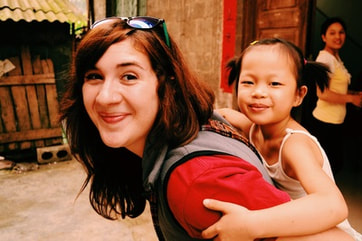 So, we ourselves should support them (the traveling teachers) so that we can be partners as they teach the truth (3 John 8).

Specifically, support those working among the five categories of unreached THUMB peoples (Tribal, Hindu, Unreligious, Muslim, and Buddhist). By way of reminder, the unreached have no access to the gospel; no opportunity to believe; no chance to know.

9. Support agencies that help workers already in the field. 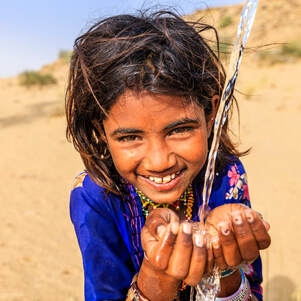 One way to support is to partner with a ministry that works alongside overseas workers. Relief agencies that provide medical, agricultural, sanitation, and educational assistance that greatly aid those sharing the gospel. Joining those who help in great times of need is a very strategic way to share the gospel.

Determine your level of involvement. Begin by becoming an informational partner by requesting newsletters and updates. Then become a prayer partner. Then become a financial partner. Overseas workers greatly benefit from generous, faithful financial support. Finally, you may wish to partner by either helping workers when they come return stateside or by making a well-planned overseas visit. You control the amount of involvement and level of partnership. You can always change the status.

Praying is powerful and essential. There are different ways to pray. You can pray by forming a World Team and pray for THUMB workers by day of the week. You can also pray by allowing a prayer based website to guide your prayers. Among those sites are the following:

Mobilizers are stateside educators. They serve a key role by informing and equipping people, and churches about unreached peoples.

Author Robert Lupton points out, " The money spent by one... ministry to cover the costs of their... mission trip to repaint an orphanage would have been sufficient to hire two local painters and two new full-time teachers and purchase new uniforms for every student in the school.”  Lupton adds, "Service projects and mission trips do not effect lasting change. Within six to eight weeks after a mission trip, most short-term mission-trippers return to the same assumptions and behaviors they had prior to the trip.” ​

This is an important concept. It may cause churches to rethink annual youth mission trips, revaluate adult international mission ventures and recalibrate the entire church wide mission focus. To learn about a new mission paradigm read about the Mission Team concept under Ministry Teams.
Additional resources.

Starting Points about Going Yourself.

Go to the unreached. Serve people of the THUMB (tribal, Hindu, unreligious, Muslim, and Buddhist). 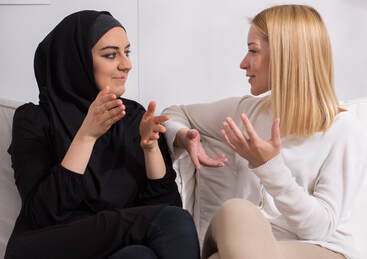 Overwhelmed by the opportunities? Confused by the choices? Let others guide you. Most mission agencies have personnel who specialize in helping people gain clarity about their role. They are waiting for your call. Other suggested sites include the following:

A well-planned, short-term trip to members of your World Team can be a life-changing and mutually encouraging event. Just showing up can be very encouraging. Your trip may include currying items from the states, and visiting in a way that easiest for the workers. Sometimes it easier to stay in separate housing nearby. Go with a  "look, listen, and learn" attitude. And be flexible.

Consider helping a stateside mobilizing ministry or mission-sending agency. Bible schools and mission agencies are greatly aided by those who work for them.
Additional resources. 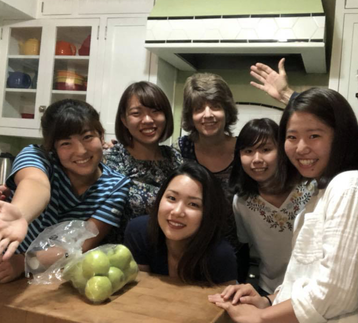 ​Author Todd Ahrend says, “Sadly, the ministry of welcoming gets overlooked. Roughly eighty percent of internationals never see the inside of an American home. With high hopes, they come to study, but soon loneliness sets in. They live their lives in isolated communities with other internationals. The hospitality so common in their homeland is just as foreign to Americans as they are. Many never hear the gospel. Returning home, they view Americans as distant and self-absorbed."
Additional resources.

It can be very helpful to interact with others who have already thought through the going process. What person or agency can help you think through what it means to go?
​
​Additional resources:

The global world is inviting professionals of all types to train and educate their people. Often the inviting country is closed to the presence of Christian workers. However, they welcome people with experience in various fields (business, engineering, education, sciences, etc.) to come and work among them. This is strategic way for Christian professionals to share the gospel.
Additional resources: 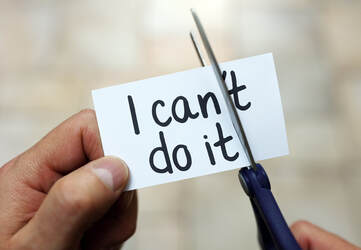 Contact someone today about starting the journey. Nothing happens until you take this first step. Don’t let fear of the unknown paralyze you. Allow the hope of the known to capture you. Don’t let anything keep you from embarking. Global disciple-making is fulfilling, satisfying, and strategic. You’ll build lifelong partnerships, create lasting memories, and develop an inspiring witness. Begin making disciples of all nations today!

God can use anyone who says yes. — The Exballow Project