One annual prayer event is called the Jericho prayer campaign. It's based on Joshua 5:13-6:27 and is a church-wide event. Take a moment and read the passage. The goal is to respond in prayerful obedience such that God brings down any "walls" preventing the Great Commission from occurring. An outline of the passage reveals necessary attitudes leading to some crucial action points. This event is one of many miracles God performed to preserve his promise of blessing the whole world with a Savior through the Hebrew people. (Genesis 3:15, 12:3)
For God to bring down walls we must...
1. Worship Him. Joshua 5:13-15

Many people think the Jericho account began when Israel started walking. However, a closer examination of the passage reveals that worship of God proceeded walking for God.
​
A. Reverently.

When Joshua was near the town of Jericho, he looked up and saw a man standing in front of him with a sword in hand. Joshua went up to him and demanded, "Are you friend or foe?" "Neither one," he replied. "I am the commander of the Lord's army." At this, Joshua fell with his face to the ground in reverence. (Joshua 5:13,14a)

Once Joshua realized he had encountered the pre-incarnate appearance of Jesus Christ (a Chrsitophany), who was ready to fight for Israel (note the drawn sword), he fell to his face in reverent worship.

​It's proper to have an attitude of reverence when in the presence of Christ. A genuine sense of awe is the appropriate perspective when meeting the Lord. One practical way to do this is to read Scripture until you discover an inspiring attribute of God. Let that be what you meditate upon as you walk.

Joshua realized that despite his status as the military commander of Israel, he is the servant of the Lord. He understood that regardless of his rank as General of the Army of Israel, God is his commanding officer. He, therefore, asks the one question most appropriate for a person of lower rank to ask of a person of higher rank. What do you want me to do?

Let's not forget who we're addressing as we pray. Don't just charge ahead, telling God what you want him to do for you; ask what you can do for him. Then listen for his answer as you walk. One practical question to ask is, "What walls need to come down my life?"​

The commander of the Lord’s army replied, “Take off your sandals, for the place where you are standing is holy.” And Joshua did as he was told. (Joshua 5:15)

By removing his sandals, Joshua acknowledged his deep respect for God's sacred presence. He admitted that the ground he was standing upon was hallowed because God occupied it.

Let this serve as a reminder that we are walking on holy ground. God is present and deserves our respectful attention. Therefore, remove all distractions. Turn off your phone. Give God the respect he deserves. After all, you're on his turf.

​To summarize, for God to tear down walls, we must worship Him reverently, submissively, and humbly.​ 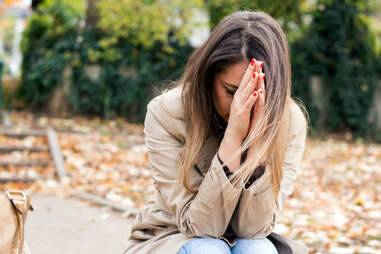 The Lord said to Joshua, “I have given you Jericho, its king, and all its strong warriors.” Joshua 6:2b

God informed Joshua of the outcome even before the engagement began. The victory was assured; the ending was a foregone conclusion. ​

There is no such thing as unanswered prayer because God hears every word. He has already decreed an outcome. Walk with the assurance that God is listening and that He is responding to your prayers. Ask for an understanding of how he is answering your prayers.

​God's battle plan was out of the ordinary for experienced soldiers accustomed to military tactics that included battering rams and scaling walls with ladders. It seemed downright bizarre. There was nothing strategic about what they were to do. Many felt foolish just walking around a city, in plain sight, during the day. The strategy was a test of faith for Joshua and the rest of Israel. Would they be willing to do something that seemed so out of the ordinary no military manual would ever include it? Would they engage in a plan of action that others would consider laughable? Would they do the outlandish? Would they do something so ridiculous that if God did do anything, only He would get credit?

​To summarize, for God to tear down walls we must walk with Him expectantly and obediently.
3. Work for Him. Joshua 6:26-27

At that time, Joshua invoked this curse: "May the curse of the Lord fall on anyone who tries to rebuild the town of Jericho." Joshua 6:26

Having seen God supernaturally conquer Jericho, Joshua issues a stern warning that any attempt to rebuild the walls will incur the wrath of God. What God tears down should not be rebuilt.

This is a strong reminder that the traditions, paradigms, methods, rituals, practices, policies that God brings down during this process, that were obstacles to fulfilling the Great Commission, are not to be put back in place.  We are not to restore what God has removed.

​So, the Lord was with Joshua, and his reputation spread throughout the land. Joshua 6:27

What happened at Jericho did not go unnoticed. God’s partnership with Joshua was becoming the stuff of legend. News of God’s supernatural blessing preceded him wherever he went.

Chances are if God brings down significant "walls" during this campaign, word will spread to others around you. Be aware of how you might expand the campaign on an annual basis. Start the first year by walking around a reasonable area several times — your Church, for instance. Be aware of how God might want you (and other Churches) to expand where you walk the following years. Maybe you and another Church join together to walk around an area of the city. Churches could adopt segments of a large area and cross them off a map when walked several times. Maps in foyers can provide exciting updates as they are walked and marked off.

To summarize, working for God means not rebuilding the walls He brings down and allowing him to expand the campaign.

“O my God, lean down and listen to me. Open your eyes and see our despair. See how your city—the city that bears your name—lies in ruins. We make this plea, not because we deserve help, but because of your mercy. Daniel 9:18 NLT

The Four Steps for a Jericho Prayer Campaign.

Use the outline above or create your own from Joshua 5:13-6:27. It can be a stand-alone message or a series.

Do it yourself before you ask others to do it. Nothing encourages a congregation than hearing a leader speak from first hand experience.

Give people seven weeks to carry it out. Encourage them to walk around the Church or a designated area once a week for seven weeks. Ask them to worship God by reading Scripture before they start and then dwelling on an attribute of God as they walk and pray.

​Don't micromanage. Resist the urge to create a list of "walls" God needs to bring down. Let God guide and answer people's prayers. Ask people to journal during the project. Tell them about a week 7 "Shout out" service. Provide a Facebook group page, or open forum on the church website for people to contribute to during the campaign. Note; encourage people to walk a smaller area the last week so they can circle the area seven times if they wish.

Hold a "Shout out" service after the last week. Consider a rhythm of praise, testimony, and shout. Repeat it three times during the service. Give people a chance to talk about what walls God brought down during the seven weeks. Provide five minutes of silent time to reflect and write down thoughts. Incorporate an open mic and pre-planned testimonies. Ask them what they thought at the beginning and the end. Allow the entire congregation to shout (cheer) during the service. It will signal the end of the Jericho campaign. Keep in mind, all the results of the prayer may not come during the seven weeks, but in the weeks and months that follow.

​This is an annual prayer campaign. Be creative about how you expand it year by year. Include other Churches as they become aware of God's involvement in this event.